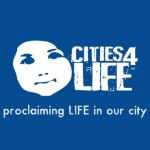 My Trip to the Abortion Mill I stepped way out of my comfort zone. Far out. Fear was overpowering me. But why? Why was I so afraid to minister/pray for these mama’s? I’m not bothered if someone hates me or if I get cursed at. I count it joy. I would rather stick up for these little lives and fight for them. Was it that I didn’t want to say the wrong words? That was part of it. Thinking that saying the wrong thing could cause a woman to go ahead with her abortion, that’s a lot of guilt to carry. Or was it the aftermath? Knowing that the enemy was going to attack. That happens every time I’ve stood up for my faith. I get majorly attacked. Life changing attacked.

My day started with nerves. Or rather, it started with borderline nightmares. Nightmares of my children seeing images of aborted babies and being scared and running into my embrace. But I was the one afraid to see those images. When I awoke I saw a book on my nightstand, One Million Arrows by Julie Ferwerda. I hadn’t seen it in quite a while. Someone must have put it there. I picked it up and began reading it. Perfect. Such encouragement on such an emotional day. This section was talking about the 9/11 heroes.

The firefighters of 9/11 are heroes because they have saved the lives of hundreds of people, while they knew the building could collapse. While you go up a burning, 110-story building you would be very scared, because you’ll think of your own life. When you are a firefighter you mustn’t think too much about your own life or you may not be able to save lives. Being a hero means saving lives. That’s the difference between being a celebrity and being a hero. Why would a celebrity be important to you? It is just someone with a well-paying job. You’ll be someone’s hero if you help him with his or her life.

My eldest daughter had found the book and placed it on my nightstand for me.

After a quick breakfast I gathered my things, tucked my four month old into his car seat and my family gathered around me and prayed. We prayed for courage. We prayed for His words and not mine. We prayed for the tiny heartbeats. That was the most amazing family prayer I’ve experienced. Knowing my children were praying for babies.

I lifted my son into the van and drove toward the abortion mill. I prayed the entire way there. I considered calling someone to chat while I was hitting red light after red light. However I stopped myself as I knew I needed to come before Him in prayer. This was a time for me and Him. The radio began playing a song that took on a whole new meaning to me. Lead Me by Sanctus Real. I began paying attention to the song here…

So Father, give me the strength
To be everything I’m called to be
Oh Father, show me the way
To lead them

Won’t You lead me?

As I got closer I could feel my pulse racing. The nerves were at their highest. My phone announced that I had arrived at my destination. But no. This was a street of trees and houses, a neighborhood. I looked at my phone again. Nope, it said I was here. The enemies first attack. I creeped through the neighborhood looking for the mill. It was no where. I finally found a hospital to pull into and called my husband. He was able to direct me to where I needed to go. The enemy had sent me 1/2 mile away from the mill. Had he hoped I would use that as a scape goat and a sign I shouldn’t go? Shame he doesn’t know how bull headed I can be.

I parked on the side of the road, wrapped my son onto me so I could easily carry him around and we headed to the crowd. It was easy to find because there were cars all up and down the street. And a large ultrasound RV right in front. So many kind and loving faces. Praying for the mama’s and for the babies. Praying for the dads and siblings. There were Brother’s and Sister’s speaking on a microphone so that the women inside could hear our pleas. That’s when I realized there were rules that needed to be abided by. Such as not stepping onto their property or blocking the driveway. That hurt the most. Not being able to go up to these broken women. The mill has their own security guard. What a wretched job that must be. Protecting the women who are there to dismember their babies. I was in awe when I watched some teenage boys pray over the security guard. Where did that come from?? Oh how I wish I had been closer to listen and be a part of that! {photo thanks to Lisa Metzger}

I watched as car after car pulled into the parking lot. Seeing the enablers bringing the mama’s and letting them out of the car. Friends, fathers, grandmothers, etc. The anger that filled them. Not all of them, though. I will never forget Sylvia. She was so sweet. She brought her friend to have an abortion. For two weeks prior Sylvia had been begging to be allowed to keep her friends baby. She could no longer have children but wanted to adopt her friends. Her friend told her no. We prayed over her and encouraged her to do what she could to save, what could be, her new family member.

Then there was Kyesha. Her and her friend exited the building. They were getting into their car when they called out to us, “we didn’t do it!” She had decided to keep her baby. You could see the peace in her face. The acceptance and excitement of a new adventure.

I stood there and prayed. Spoke to new friends and tried to absorb all that I could learn during those couple hours. I played with my son in the wrap. Kissed his forehead a thousand times. Prayed tears that wet his head. Sounds pretty emotional, doesn’t it? I love it. I loved hugging the mama’s. I loved just being silent in prayer. I loved walking the sidewalks. There were plenty of men there. They were the ones with the loud voices. I stayed meek and quiet. Using a soft voice with the women who timidly came to talk to us.

I came home on fire. So excited to have found my ministry. Little did I know how much this ministry was meant for me. The enemy attacked and attacked hard. He threw a left that I didn’t see coming. Knocked me down. I knew something would come. By the weight of his attack I have been assured that Yahweh surely has big plans for me there. I will continue to go and I will continue to pray.

If this has been on your heart, also, let me encourage you to embrace the fear and break through it. Count it all joy my loves. You can find the resources and education you need at Cities4Life and Sidewalks4Life. I am so thankful for life just as these little ones will be thankful that you sacrificed time to pray and minister on their behalf. We live in a beautiful broken world. Let’s fight for the least of these.